The story of Comuna 13, Medellín, Colombia

Not too long ago, 10 or 20 years ago, not even the most adventurous soul would step foot inside Medellin. Dangerous and violent, it was where druglords ran the show, boundless to laws and rules. Fast-forward to the present days, and the country of Colombia is one of the prime tourist destinations in South America with Medellin leading as an example and with a story of how creativity, art, and music can shift and transform lives even in the most chaotic and damaged societies. And nothing proves it better than the vibrant Comuna 13 neighborhood. Let this be a gentle introduction to a beautiful spot in Colombia, that deserves to be on top of your bucket list!

Colombia itself has been touched by one of the roughest and violent history periods in Latin America. But when it comes to the once most dangerous city on the planet – Medellin and its notorious neighborhood known as Comuna 13, the turbulence of its past is hard to match.

Whether it is between the 1980s-1990s when the neighborhood was controlled by dangerous groups loyal to Pablo Escobar or the controversial siege by the military and police in 2002 known as Operation Orion.

It might have seemed that Medellin and Comuna 13 were sinking deep, in the oceans of violence. But somehow, the winds of incredible change found their way here. All with the help of art and music. 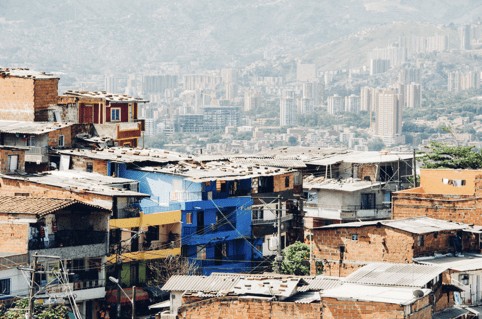 Music is one of the two vital puzzle pieces that sparked positive ideas and started paving the way for peace, which transformed Comuna 13 into a quiet neighborhood and one of the most popular places to visit in Colombia, receiving thousands of tourists each month.

While rock music surged in great popularity in Colombia during the 1980s together with the biggest metal and punk underground movement on the continent later in the 1990s, it was, after all, one genre in particular that stood out and brought positive winds of change together with its toe-tapping rhythms.

Here in Comuna 13, it was hip-hop music that pushed anti-violence transformation the most and became the main way to express peaceful views.

To this day, hip-hop music continues to be an important method of expression, particularly as a way to educate and provide children with an alternative to violence. 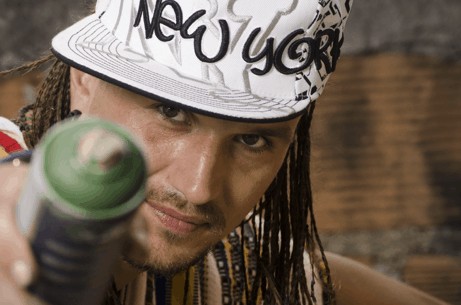 Striking graffiti and vibrant street art are undoubtedly one of the first things you will notice upon arrival. Whether it’s the whole of Colombia or the city of Medellin itself.

But the diverse and colorful art of the Comuna 13 neighborhood harbors more than just fascinating paintings and sparkling colors. It is a story of both pain and hope, geared towards peace, transformation, and positive change.

Alongside music, the splendid and creative art played a crucial role in bringing optimism and positive changes, that would eventually transform the neighborhood and the whole city of Medellin to something truly incredible, beloved by many today! 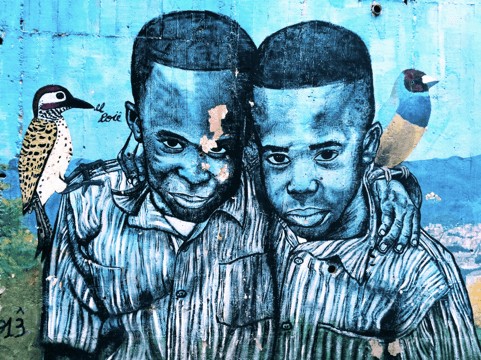 Experiencing everything firsthand hasn‘t been easier and safer in both Colombia and Medellin than ever before. Medellin, in fact, is the only city in Colombia that has a metro system, something that the locals are very proud of. But that‘s only the tip of an iceberg!

The amazing metro cable system gliding above the city roofs connects all steep hill neighborhoods, all the way up to the mountains. An incredible chance to overview the whole city of over 2 million people and witness a bridge that led to unity.

In 2013, Medellin was chosen as the most innovative city on the planet due to its advances in education, politics, and social development, following many more awards after that and making the city one of the most attractive places to live in Latin America. And Comuna 13 is a prime example of how even the darkest moments can‘t block the light that shines at the end of the tunnel.

Meet an electric escalator that is 1,260 feet long, inaugurated on December 26, 2011, in Comuna 13, making it one of the first of its kind in the world! In addition to innovations like these and magnificent street art, Comuna 13 offers a journey accompanied by lovely cafes, graffiti & city tours, breathtaking panoramas of Medellin, and most importantly, a strong feeling of safety all the way through. All of that, from once the most treacherous places on the planet to one of the most intriguing spaces of art, poetry, drama, music, and a hot tourist destination. Wow! 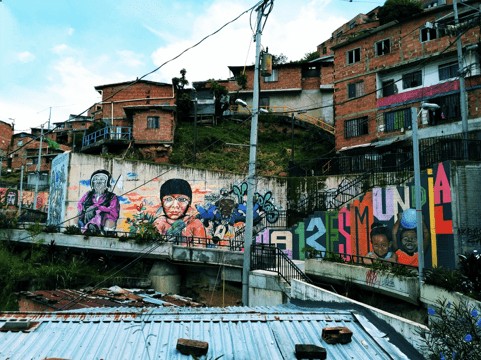